Sky Command II, How to. 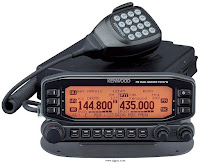 A lot of people told me that the instructions for Sky Command found on the user manuals are somehow too complicated and not so easy to follow. Some of them complaint about not succeeding to setup the link.
So, I prepared a step-by-step procedure for the Sky Command II.
I used a TS2000 and a TM-D710. Both are "K-Type" versions. Of course, they were "E" type before the mod was applied...

Very important step (from Marco, a italian HAM): RESET FIRST THE TNC ON BOTH RADIOS!!!

Now, you should be in COMMANDER MODE.

Press “0” to start the link between Transporter and Commander.

To activate the TRANSPORTER, press “1”. The TRANSPORTER should transmit the callsign (in my case, YO3HJV) on the 2m band, and after that, should retransmit the audio feed from HF frequency set as per step #3.

For the rest of the “game”, read the Sky Command section in the user manual of the TM-D710. Is very explicit.

I also tried (and succedeed) to use the Sky Commander with a TH-D7, but this is another story...

SkyCommand II was designed for an individual to have remote control of
his own rig on a one-for-one basis. But there are many applicaitons
for clubs that may want to have a group with access to the SkyCommand
HF transceiver and for all to be able to participate in the group
monitoring while one is transmitting. Here is my WEB page that tries
to optimize this type of operations.

1) Use default Generic COMMANDER and TRASNSPORTER calls so that
everyone can set their radio once, and then be able to use any Sky
Command system that is made public with these same generic calls.

2) Use two PL's on the UHF audio link, so that only one PL keys the
remote SkyCommand transmitter, but the other PL (or none) lets all
members of the group chat on the UHF channel for coordination.
Enable a front panel button for selection of CHAT or PTT choice of
PL while operating Sky Command.

3) Have provisions for the multiple COMMANDER radios to BEACON an
APRS status packet periodically that contains their FCC call so that
they can be identified and so that other SKY-III transceivers can
also see who else is sharing the UHF command channel and operations.

4) Have the TRANSPORTER auto-QSY periodically to the APRS channel
and put out a Sky Command status packet to put the HF asset on the
APRS system map showing the current operating frequency.

5) Some provision for additioanl commands for antenna selections.

DETAILS FOLLOW: Each of these concepts is further expanded below.

Let the default COMMANDER call be CMDR and the default TRANSPORTER
call be TRPTR, and default TRANSPORTER skycommand PL be 123. while
the default USER or CMDR PL is 88. This makes any user able to
monitor a SkyCommand system out of the box, or to go from one public
skycommand station to another. And he can chat with other skycommand
users on the UHF channel without bringing up the HF TX, unless he
selects the special 123 TX PL.

Another advantage of generic callsign operation is that multiple
COMMANDERS can all be in SkyCommand mode and can see the same front
panel HF radio status at the same time.

ALTERNATIVE (a): Another option may be to have the OPTION for public
systems to allow the TRANSPORTER to be GENERIC on receipt and accept
Sky Commands from ANY callsign in this mode. This way, every
existing COMMANDER can control the radio without having to use a
generci call. This keeps the COMMANDER operator legal, since his
call will be in every packet.

ALTERNATIVE (b): Another option for COMANDERS is to allow for
GENERIC receipt and display of Sky Command data independent of the
TRANSPORTER call. This way, each COMMANDER does not have to change
his transporter callsign for each different GENERIC system that
he wants to control.

1) While in Sky-Command mode, the COMMANDERS need a front panel
button to turn on and off sky command PL. This way, all the
group COMMANDERS can turn off special PL and talk/coordinate
back and forth on the UHF simplex channel without keying up the
sky-command radio. This allows very powerful use of HF radio in
local groups, and very simple to implement. I suggest naming
this soft button toggle between "PTT" and "CHAT" as it toggles
between the SkyCommand PL and the non-skycommand PL or off.

While a COMMANDER is in SkyCommand III mode, it should include some
periodic OBJECT packets to tell others on the UHF frequency who it
is and where it is. This should beacon once every 10 minutes or
each time after the skycommand RX is activated.

FORMAT: THe format for the status packet (in APRS OBJECT format)
would include the MYCALL as the object name and TIME/position, etc.
This is because the actual packet will be originated by the generic
"CMDR" callsign and so without the OBEJCT packet, we cannot tell
who is doing what. Here is a suggeted format:

Which will show up nicely on the D700 as:

LIST: On receipt, these objects can go to the normal APRS list or
to the DX list? While in SkyCommand III mode, there should be a
"LIST" hot key on the D7 or D700 radio that will call up this list,
and display only other SkyCommand stations.

PACKET MUTE:??? New COMMANDER radios need to have a 20 dB mute when
monitoring the UHF channel so that VOICE can be heard but packets
are muted. Or is CTCSS Set in Skycommand mode? If so, then it needs
to recognize BOTH the PL's for PTT and for CHAT mode only.

CROSSBAND???? While Sky Commander with TX PL is transmitting on HF,
does the VHF audio link remain up and provide a copy of the transmitted
voice so that all monitoring stations can hear it? This can help in
CHAT mode with PL's and muting packets? More thought here...

SkyCommand III needs an APRS Station packet from the Transponder
radio periodically that goes out on the APRS (144.39 in the USA)
channel to beacon the HF radio (IF) status for all surrounding
APRS mobiles (on 144.39). This beacon packet will put the public
SkyComand III station on the MAP, and alert all drivers of its
presence and operating frequency. In most cases, this packet
will go only DIRECT.

Which will show up nicely on the D700 as:

Notice the Frequency is inlcuded. But the inclusion of the
UHF is optional and if not used, then the HF channel can show.

The Transporter needs to auto-qsy for one-second periodically to
put this out on the APRS frequency and not the SkyCommand channel.
My guess would be once every 10 minutes if no-change in frequency
and within one minute of each frequency CHANGE. THis results in
no transmissions while fine-tuning, but an update within a minute
after a change is made.

Also, the SkyCommand Transporter needs to INITIATE a radio status
packet (in IF... format) once every minute on the UHF command
frequency to update all monitoring COMMANDERS that may begin
monitoring.

Note: Backwards compatibility. For SkyCOmmand II, a BT and BEACON
can be set in packet mode and it will continue to work in SKyComand
mode, but it is not on the APRS channel, only the SkyCOmmand
channel.

SkyCommand III needs to be able to select ANTENNA on the TS-2000.
ALthough MEMORY channel on TS-2000 can remember ANTENNA 1/2, an
external antenna selection is needed for selecting fixed beams or
othere options on the same band. More later on this subject?

Provision needs to be made in Sky Command III for the uplink command
channel to be on 900 or 1296 MHz and private, while the VHF or
User Listening channel can be on VHF or UHF. In otherewords, the
Sky Command III should be able to operate in RECEIVE-ONLY mode and
give the user the full status of the SkyCommand Radio display, even
if he is not commanding and even if he cannnot press [0] to start
the link.

CONVERSLY, provision needs to be made for Sky Command to use 220, 900
or 1296 bands in place of the VHF audio link. This reduces the demand
on the 2m band for these links. The Remote controlled site may have
to add one of these 220, 902, or 1296 band transmitters just for the
audio, but the D700 should be able to receive this audio in place of
2 meter audio link and still operate in Sky Command COMMANDER mode.

It is very easy to BUILD a skycommand III system TRANSPORTER with a
D700 radio's internal TNC and some external software. So this investment
in SkyCommand III can multiply more than just the new radios sold.
SkyCommand III also willbe fully backwards compatible to II's.

SOFTWARE TRANSPORTER: My next document will describe tha backwards
compatible SkyCommand II+ system that can run on a PC between a D700
TNC and a TS-2000. This PC software can implement many of the advantages
of SkyCOmmand III and be compatible with existing D700's. 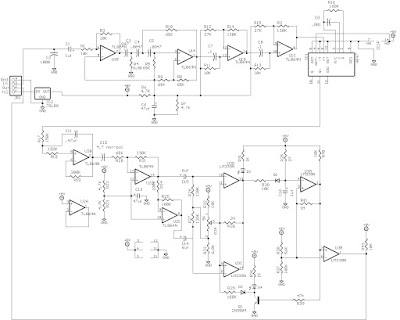