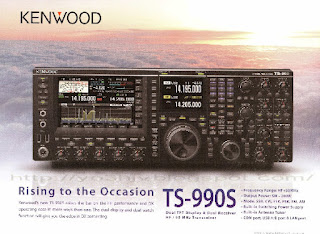 Looks to me like Kenwood decided to comite suicide! In a market divided between Yaesu and Icom as ham equipment producers, each one with a very defined design, feel and look, KENWOOD was a silent competitor. They had a very traditional way to made radios: simple, functional, intuitive and ergonomic. But with the new TS-990
as I can see it in the leaflet, looks to me that KENWOOD tried to "steal" the market from both ICOM and YAESU! Some of the features seems to be very futuristic and interesting and I believe that either we'll se a "new star" on Broadway, either we will assist to a big laugh from ham radio market... We'll see... Here is the release photo and some informations from Kenwood about ts-990.

Seems that the new Kenwood TS-990 will have a great audio, as we expect from a specialist in sound.
There are some rumors that Bob Heil,  K9EID from HeilSound is under a new NDA (Non Disclosure Agreement)  with KENWOOD for the TS-990!
Looks like Kenoowd tend to choose the right man in the right place for the latest developments. For TM-D710 and TH-D72 they worked with Bob Bruninga, the father of APRS system.

April 18, 2012 New Amateur Radio Product to be Exhibited Prior to Worldwide Launch JVC KENWOOD Corporation is proud to announce that the prototype of a state-of-the-art Amateur transceiver scheduled for worldwide launch under the KENWOOD brand in the winter of 2012 will be unveiled as a reference exhibit at Dayton Hamvention 2012 to be held in Dayton, Ohio, USA (May 18-20). It will also appear at events in Germany and Japan. Reference exhibit model: TS-990 HF/50 MHz Transceiver Featuring a dual TFT display and dual receiver, the TS-990 is a top-of-the-range flagship model in the KENWOOD Amateur radio line-up. Prior to the launch of the TS-990, a prototype will be displayed as a reference exhibit at Dayton Hamvention 2012 in Dayton, Ohio, USA (May 18-20), at HAM RADIO 2012 in Friedrichshafen, Germany (June 22-24), and at Ham Fair 2012 in Tokyo, Japan (August 25-26). Please note that as this product is under development, published information is subject to change without notice.
Niciun comentariu:

In the quest for the comfortable iambic keyer I made a touch keyer.

The paddles are made from two "50 bani" coins (around 14 Eurocents) each.

Works nice in connection with my home made PIC memory keyer.
The keyer is based on AT42QT1012 capacitive touch sensor.

From 27 to 30 th of April I was on a little vacation on Black Sea Coast.
I was staying in Costinesti at "Forum" Hotel.

I always have my backpack (ICOM LC156) with me with some stuff ready to operate in HF bands.

I made a few interesting contacts: Albania, Andorra, Thailand  etc with only 5 W from IC 703 with a very short antenna (military folded vertical) and with a small SLA battery (12 V, 7 Ah and a 2.2 Ah backup).

From the hotel, in the early mornings, I used a fishpole stick with a wire hanging, tuned witj ICOM AH4 ATU.

Yes, QRP is (still) possible but you have to be very patient.
What I found is that without internet is very hard to be copied! Not to many hams are searching through the band trying to listen to weak signals. Almost all my QSO's were made after someone post me on DX Cluster.

A very pleasant QSO was the one with Lutz, DL3SEZ. He was on Mount Michael with a IC 7000 and a home made fan-dipole and we were at the third QSO. The first was in 2007, the second in 2011 and now was the third. It was like meeting a old friend!

I cannot say with full confidence if the internet will be the future for the hamradio but I can tell you that this kind of QSO will always make me to turn on the radio again and again! 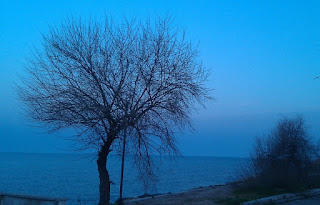 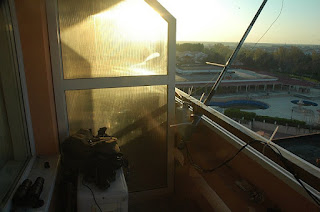 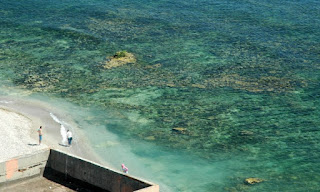 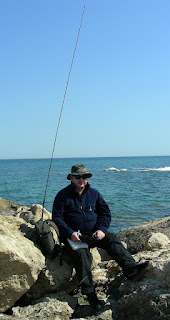 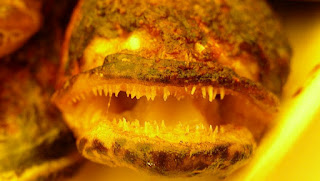