In the last year, the ham addressed market was flooded with a military style VHF/UHF antennas. 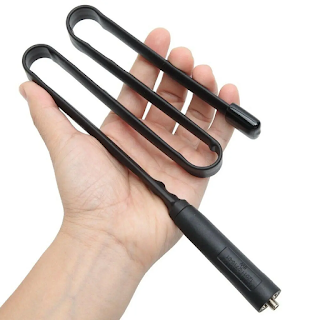 The retailers are targeting the preppers which, we know, are avid buyers of "green" stuff  like camo Baofengs and other things like that. 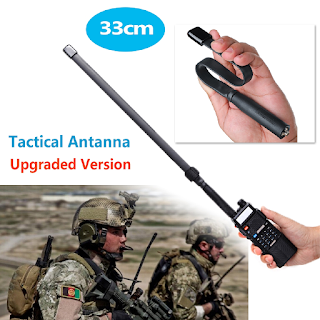 I ordered a few of those antennas from different sellers on a big online store and some of them even arrived.

They are made from three different parts: a small rubber base, a gooseneck which can be put into the place or removed and a long radiator made from which seems to be steel band wrapped in a nice plastic cover.

I played a little with them and I was not impressed about the performance.

Then, I tested the black rubber base on my Sitemaster 331 to see how is it the SWR and something pretty strange happened.

The rubber base had dips around 150 MHz and 450 MHz. All of them. For me, a deep dip is an indication  that somewhere inside them is a tuned circuit.

One of them had the rubber sleeve losen so i took it apart. Inside it was indeed a tuned circuit. A coil from ground to the radiator and from the hot center pin, two capacitors were going on different taps on the coil. A few turns was shortcircuited with solder-something-alloy. Some similar antennas are sold for CB portable radios so, probably, the short is not there on those versions.

The coil was made around a white plastic cilinder which turned out to melt around 220 Celsius.

What was really strange was the wire from which the coil was made! It was not copper but steel! 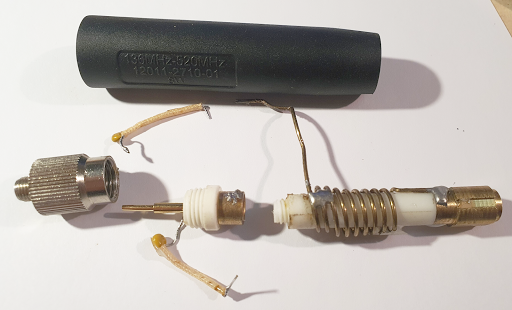 Another bad sign was the assembly between the central pin isolator and the coil support. Only a few mm is there to take all the mechanichal stress. 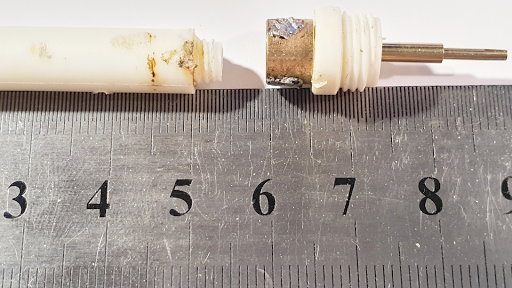 They are made this way probably to change the connector for different "versions".

After that, I was eager to test my assumption about the long flat radiator. I stripped the thermo plastic sleeve with a cutter and exposed a yellow steel tape. Yellow on both sides. 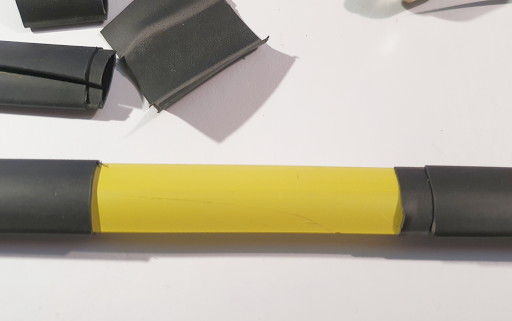 On the inside, the steel tape was marked in meters so my theory was right: those antennas are a new form of recycling the measurement tapes. 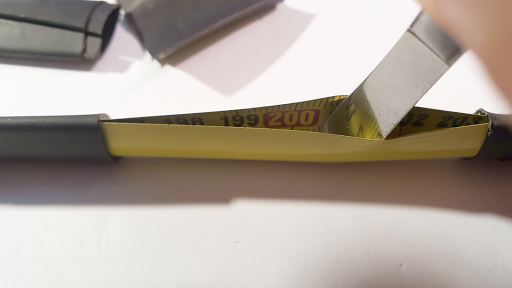 In my opinion, these antennas are just shit.