Searching for some specific problems related to Power Management - a bit of software from Lenovo, i was run into a lot of discussions about how bad batteries are...
Well, might be some true when we look at the "compatible" batteries market but also the user might be responsible for the bad performance.
Understanding the batteries is simple when one know the minimal set of rules.
It is not unusual that a "compatible" battery to perform oustanding, just like a branded one or some branded batteries to show "sudden death symptome.
There is no such a "timed bombe" circuit to force one to buy another battery!
I heard some guys trying to explain that inside the battery circuit is a controller which monitor the total number of the charge-discharge cycles and after a certain number the chip decide to kill the battery. Might be some truth around but, what is a "cycle"? When a charge-discharge count as a "cycle"? You see, it's not so simple!

The battery pack is more than some cells in series, parallel or mixed circuits.
Usually, there is a chip inside who monitors the voltage and the capacity of each cell pack (on extended packs, there are two cells in parallel) to decide if the pack is OK or not and also to measure the input and output capacity (gauge meter).
That circuit need a reset from time to time to reestablish the relation between the voltage and the overall capacity. This is the "battery reset" or "gauge reset" procedure presented on some specific software.
A little paranthesis here: often I see that the preloaded software from the PC producer is considered "bloatware" and the user relies on the Windows's driver. Or the Linux's, if you like...
It's a major mistake as the producer of the hardware provided pieces of circuits to interact with that software in order to have a correct exploitation of the battery pack.
The battery pack also communicate with the computer at a very low level, BIOS controlled laguage, via a serial interface, usually I2C. The charger circuit inside the computer listen for specific information from the battery pack ad take decisions like charging, not charging or reject the battery due to some failure. Also the version of the software may have some bugs which determines erratic behavior.
It might be usefull to know that a Li chemistry battery does not like the 100% charging and a 95% limit can and will prolonge the battery life more over the "500 cycle" life! Not too many knows that iPads usually use around 90% from the overall capacity of the battery and this is one reason for the life of that devices. The other is Quality controll.
There might be a risk of  failure but: Use an up-to-date BIOS FW, use adequate and up-to-date drivers and software for Power management and set the limit of the charging at 90 - 95 % and you will have a happy battery! Another thing, Li chemistry does not like high temperatures so try to cool down the laptop by maintenance of the main fan. I have a T43 with a 2009 battery, a X61tablet with a 2011 battery and a X61 with a 2012 battery. All are extended, all are "compatible" not originals and all are over 85% of their factory capacity, except the T43 which is at about 74%. Well, as a matter of fact, the T43 was finally destroyed after more than 7 years of impecable service by my daughter and 1 L of water...

I'l post here some pictures from the T43's battery pack, made in 2009 and used till a few days ago, with more than 70% of nominal capacity. 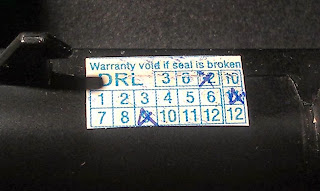 Also, inside the battery is a small PCB on which wee see the FET transistors and a small ATMEGA Microcontroller Unit (ATMEL MEGA406). 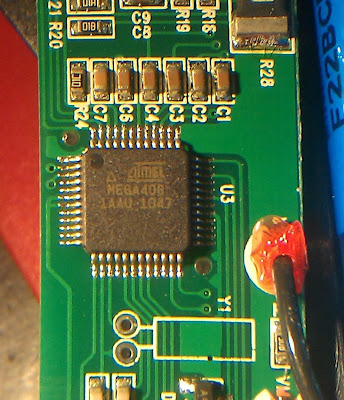 According to the datasheet: 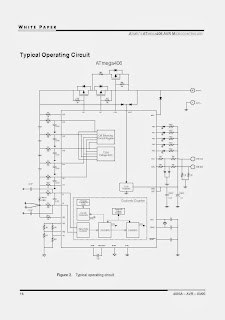 ATmega406 smart battery solution, the first single-chip implementation on the market. In a single die, the ATmega406 includes a powerful AVR MCU, a voltage regulator capable of being powered directly from the battery pack, analog to digital converters custom tailored for battery monitoring, high voltage charge and discharge FET drivers, cell balancing capabilities, and independent battery protection circuitry. This true one-chip solution saves design cost and PCB space in addition to broadening the functionality of the smart battery application. With the accuracy of the ATmega406, battery vendors will be able to predict the charge status of the battery more accurately. The better the knowledge of the battery cell, the more it can be allowed to be depleted before reaching the level where the cell itself starts to be damaged. This effectively increases actual battery capacity.

Short said, it's a whole battery management system inside the battery pack!
Also there are rumors that the battery itself has the "knowledge" of the manufaturing date (indeed, this informations are programmed inside the MCU non-volatile memory) and also "know" when to kill the battery (usually, after the warranty expires) which, of course, it's false because, at least, ATmega 406, doesn't have a RTCC (Realt Time Calendar Calculator).

But stay! In the datasheet it says that:


The ATmega406 is fully in-field upgradeable through the Two Wire Interface (I2C compatible), making it possible to update it s software from the PC in which the battery pack is installed. The on-chip debug system has full access to all features on the chip, making it easy to do software development.
You catch it? The battery firmware can be upgraded via the PC on which is connected! This may explain why the "bloatware" can do the job and the generic drivers cannot! Think about!