My Dream "GO-BOX" for emergency communications. Or just for fun!

Well, I sibscribed recently to a FB group dedicated to emergency communications. Its a very nice group.
I do not believe in the FB because it's like the sand. You write something or find something but soon it's hard to find it again.
I like very much to have the possibility to go somewhere and try to make some QSO's. I am not a contester and I appreciate a nice chat with a fellow ham from here or anywhere. Therefore, I realise i really need a "GO-BOX" or a "GO-KIT" able to work all mode, all frequencies from HF to UHF.
Also the kit will be good for RVSU which is a network of hams involved in emergency communications for various NGO's here.
I will tell you my secret: My GO-BOX is on wheels!
It's a Nissan X-Trail "doped" with a lot of ham-stuff. 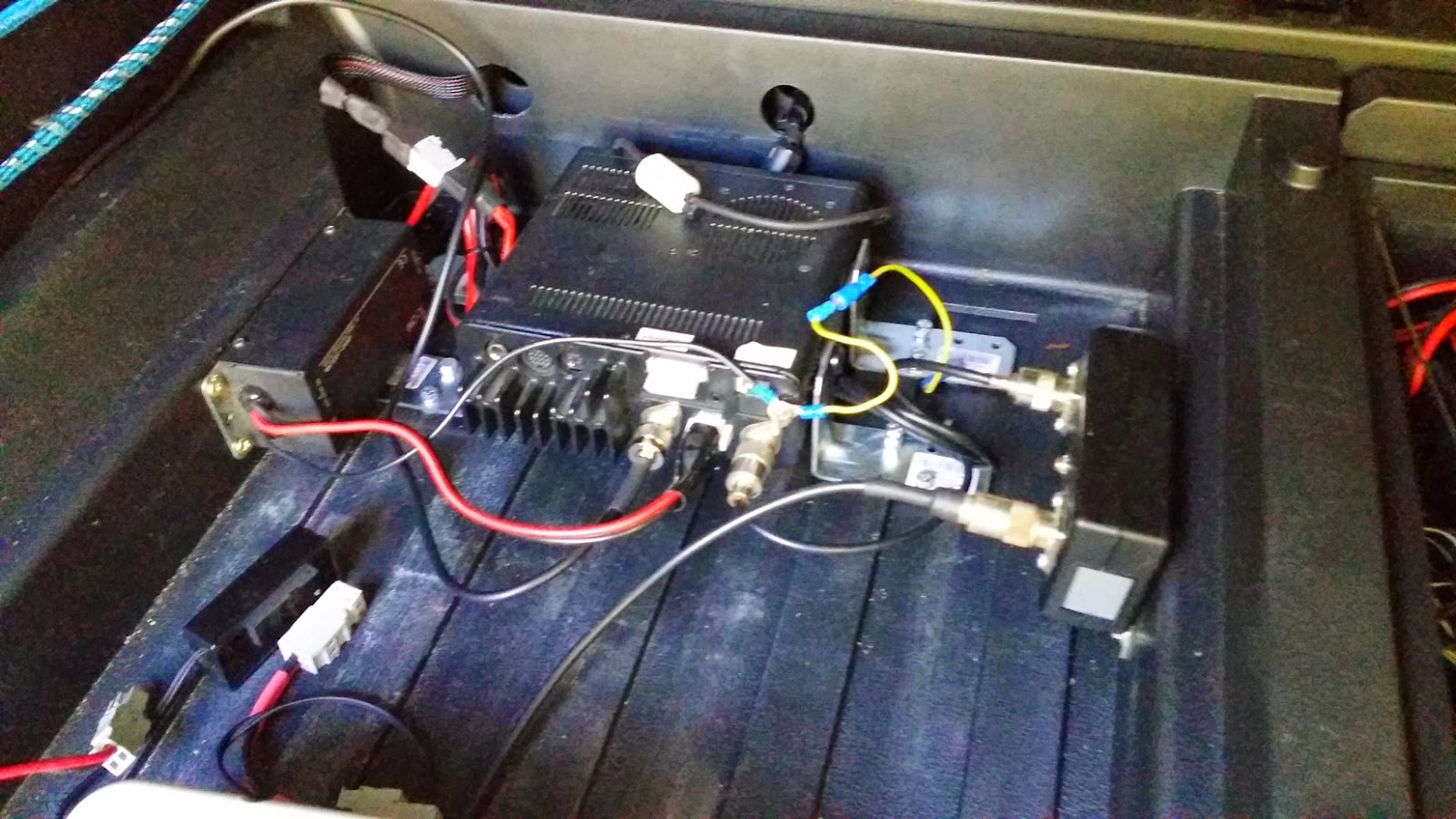 The main radio is a ICOM IC-7000 mounted in the trunk and the front panel remote. I finally made the permanent setup; the radio is under the trunk hood, bolted with the optional DC filter (OPC-639) and on the HF side I put a choke Balun  to reduce the common mode currents from the Codan antenna (or any  othe HF antenna) because the IC-7000 remote head is very sensitive to that issue. 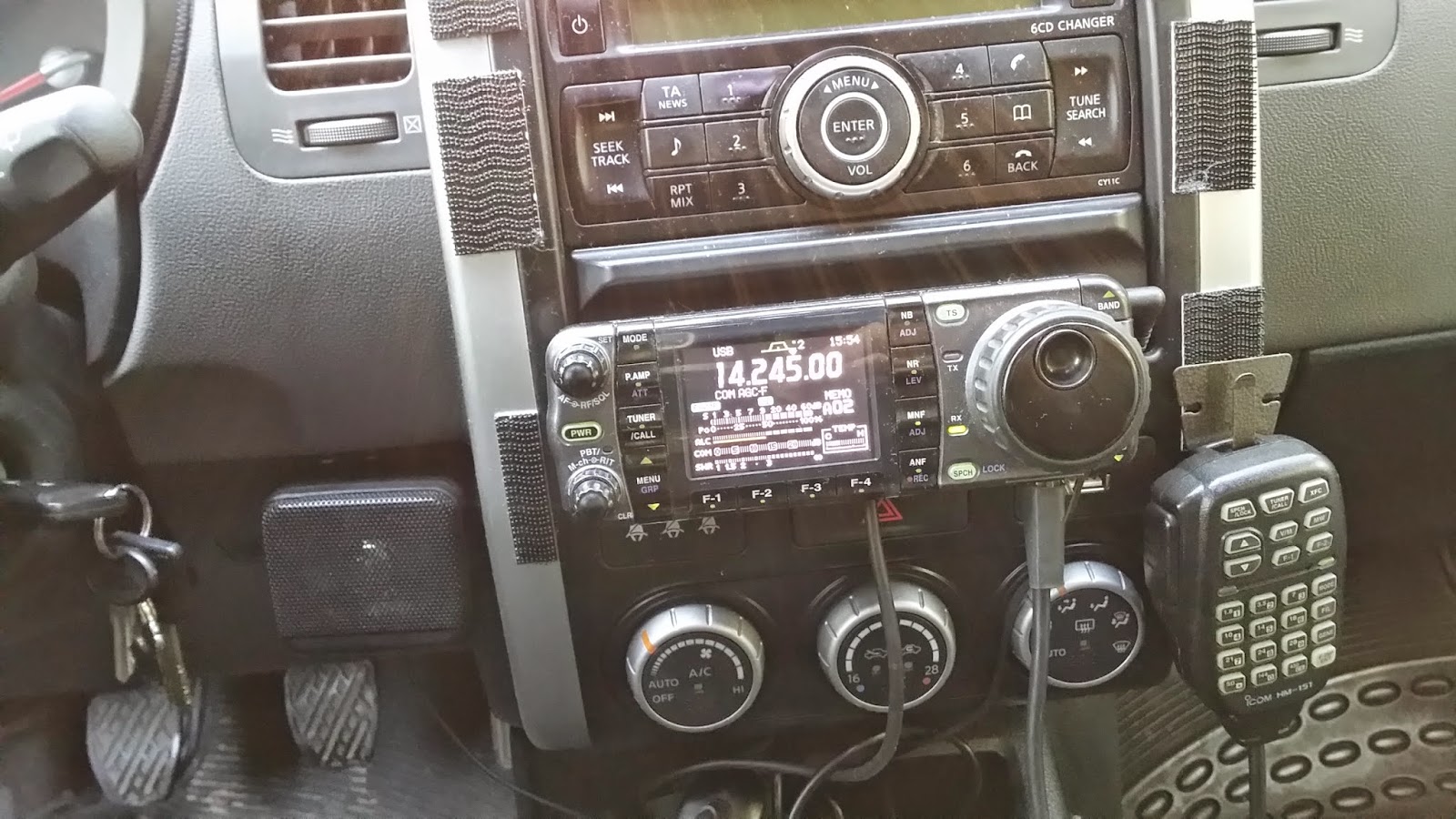 The remote head is under the radio; i put it in place with the help of some industrial 3M velcro. In the left side is a small loudspeaker connected to the remote head. I use that velcro also for phones, portable radios etc...


The main attractions is the Codan 9350 auto-tuning antenna. Bulky but with outstanding performance, it's definetly a magnet for everyone's eyes, in march or in parking lot! 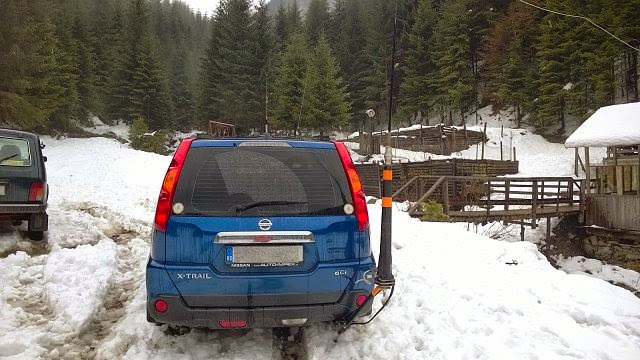 I wrote in other post about the custom mount for this antenna and about the connection with ICOM IC-7000 radio.

What I did lately was to put all the important wires in a protection harness. 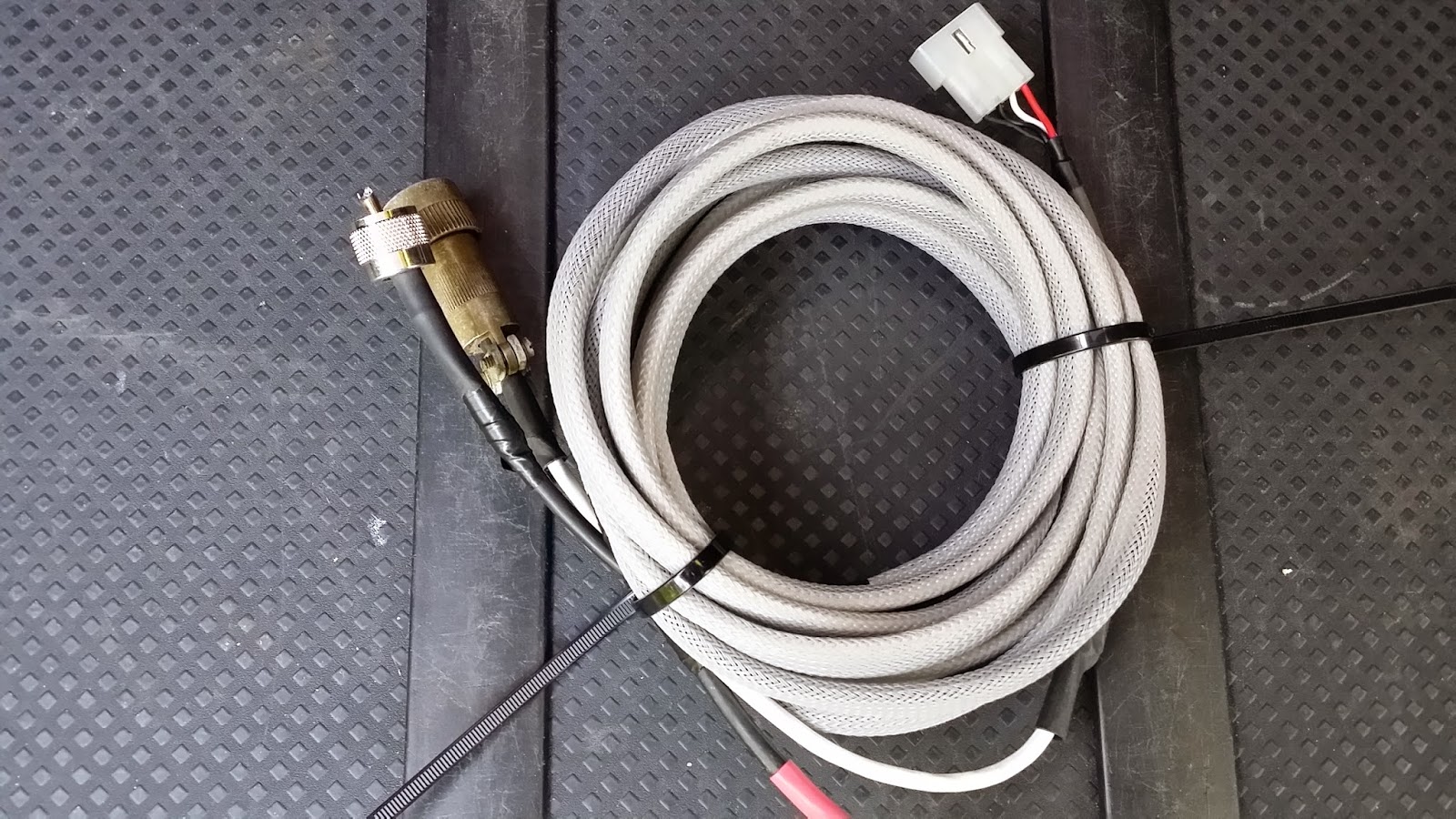 The main 12V DC is in harness, the RG58 and the command cable for the ATU antenna is in the harness also. Was a little tricky but the final result is amazing!

For VHF and UHF I use quarter wave antennas. I found that if I put a quarter wave on VHF, the same antenna is resonant also in UHF! A MMANA-GAL simulation showed that the UHF angles are somehow elevated but still a +2db at 0-15 deg. over the horizont so the antenna can be used well. 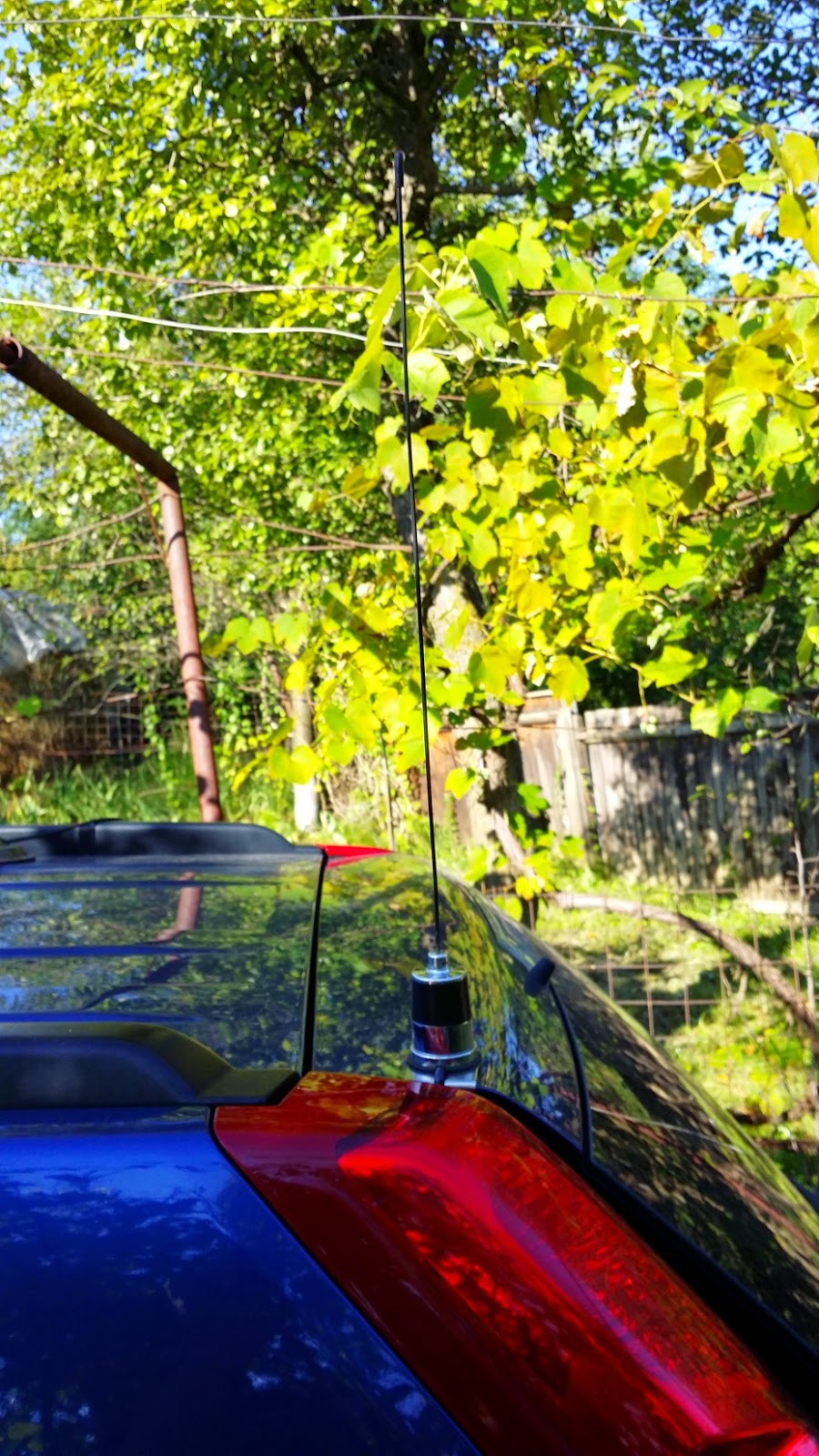 I preffer NMO (New Motorola Mount) for my mobile antennas. This is a special designed mount to accomodate proffessional antennas ant to whitstand to all the special conditions on a  mobile setup in full run. Do not ignore that! And also, keep in mind that a fixed mount is BETTER than any magnetic mount.

Here it is a NMO mount, VHF quarter wave antenna. 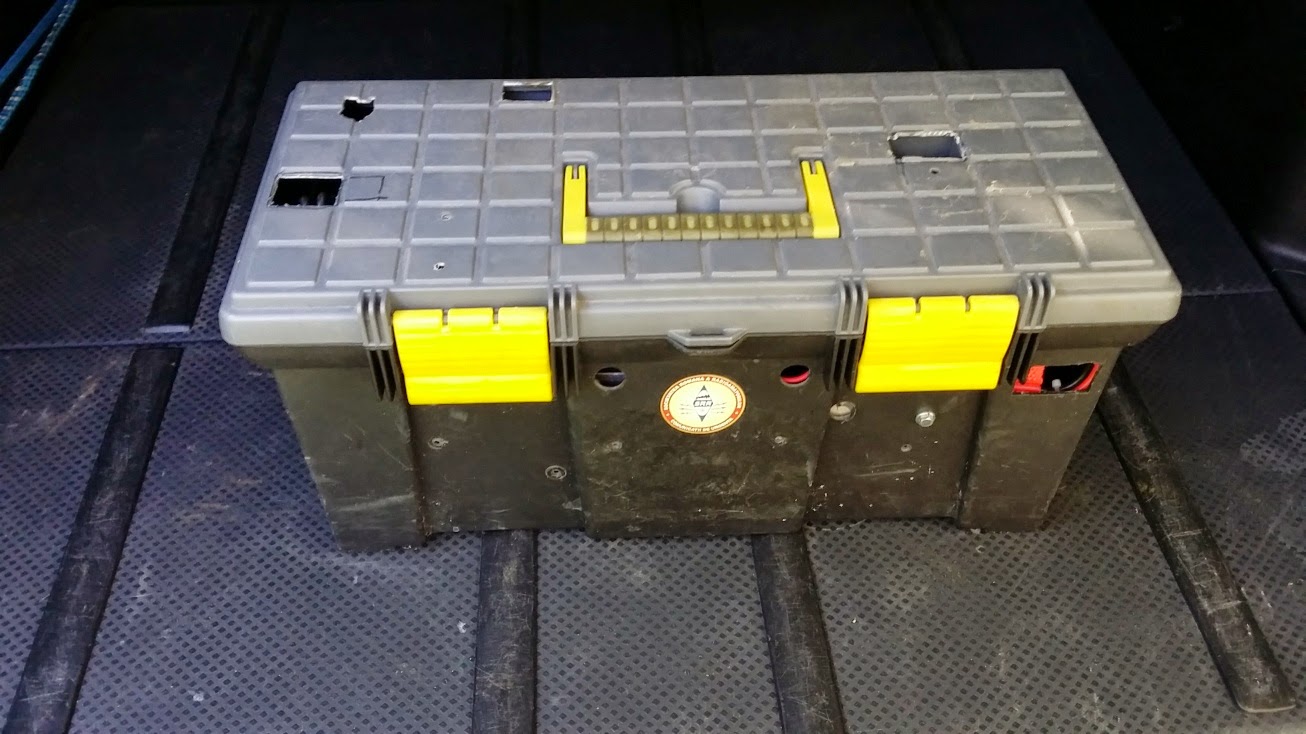 Now, for really serious things like emergency comms., I have a little toolbox with a 35 Ah SLA battery.
I was looking for a good battery eliminator but the price was too high and had to buy it from overseas! Hey, I think a little here and I know how to use a solder iron. Or solder station. Or something like that, you figure out...

So I made a very very simple "battery eliminator" or "separator", whatever, from a Schottky power diode. It was a bulky one, I don't know at what current is rated but did'nt burned at 14-16 Amps so must be better than that. In the little Hammond box I put a little 5 LED voltmeter to quick view the main battery status.
The later addition was a little digital voltmeter on a "Y" cable to view the voltage. Both of them are usefull.
The battery have two fuses, one for plus and one for minus.
Some hams think that if they put a single fuse, on the plus side, is enough!
Well, what if you make a shortcircuit between minus cable and the "plus" pole? 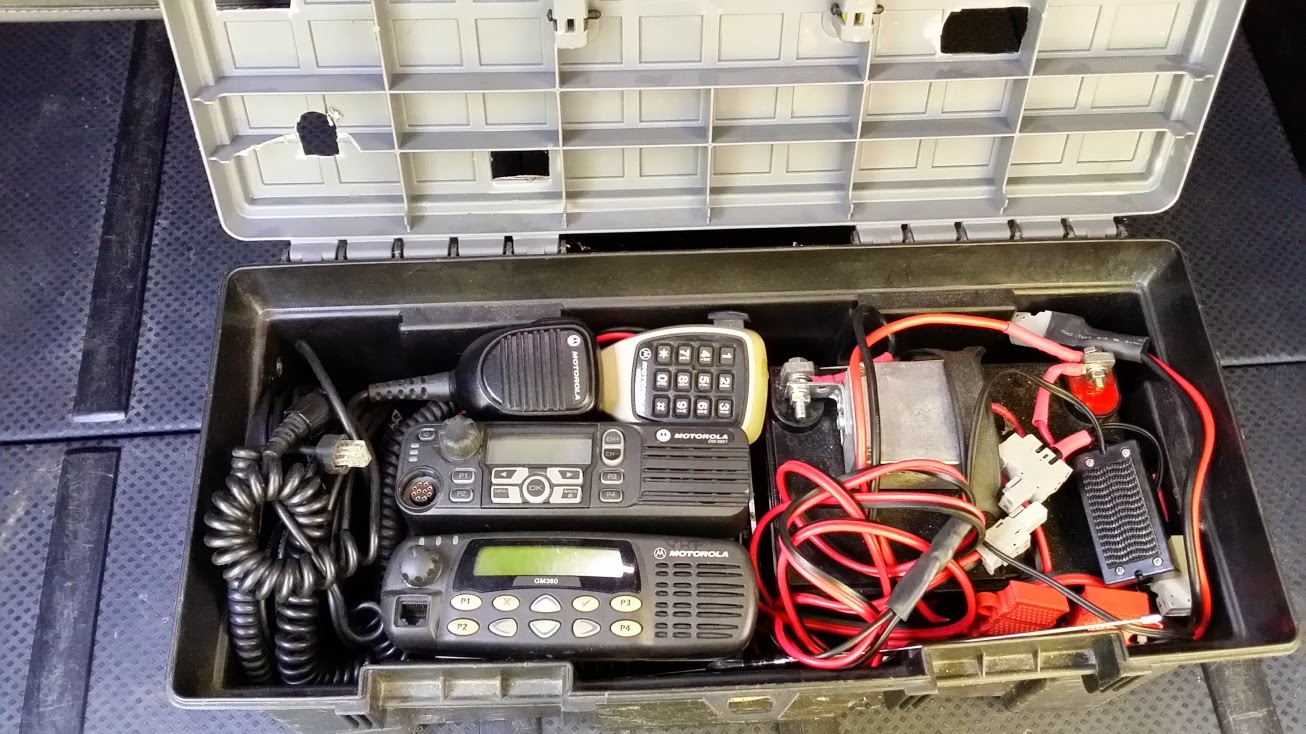 That toolbox cand accomodate the ICOM IC-7000 or anything else. In this setup made for Ciucas Trail Running (a 100 km mountain marathon) I have two Motorola mobile radios.

The lower is a GM360 VHF radio to talk to Salvamont (Mountain Rescue) teams and the upper is a DM3600 to use it with the Radioamateurs in the RVSU network (Radioamateurs for Emergency
Communications).
In order to be able to use a single antenna, a diplexer is used. Is a Diamond 2000 with modified RF cables. The original ones was too bulky and used PL and N connectors. 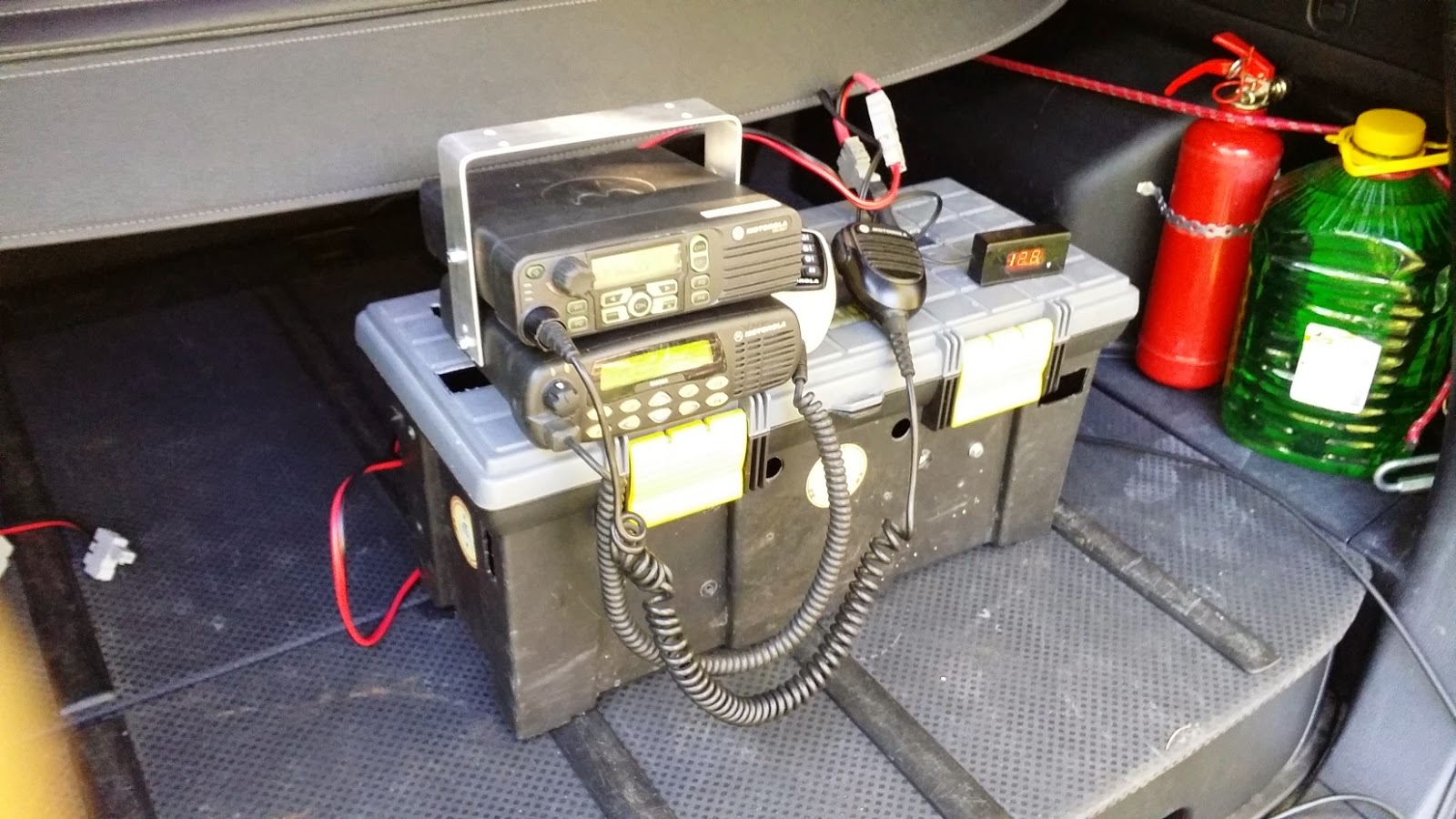 A lot of hams use amateur equipments for frequencies above the 146 or 148 MHz. They tend to ignore that out of the regular amateur bands, the radios are very ineffective!
I measured a lot of radios and they seems to loose power after 150 MHz and become very insensitive over 155 MHz. That's how they are made...  So, in a emergency network I found a little stupid to use deaf and mute radios! Therefore, I will go with proffessional radios for that particular case and the choice is Motorola! 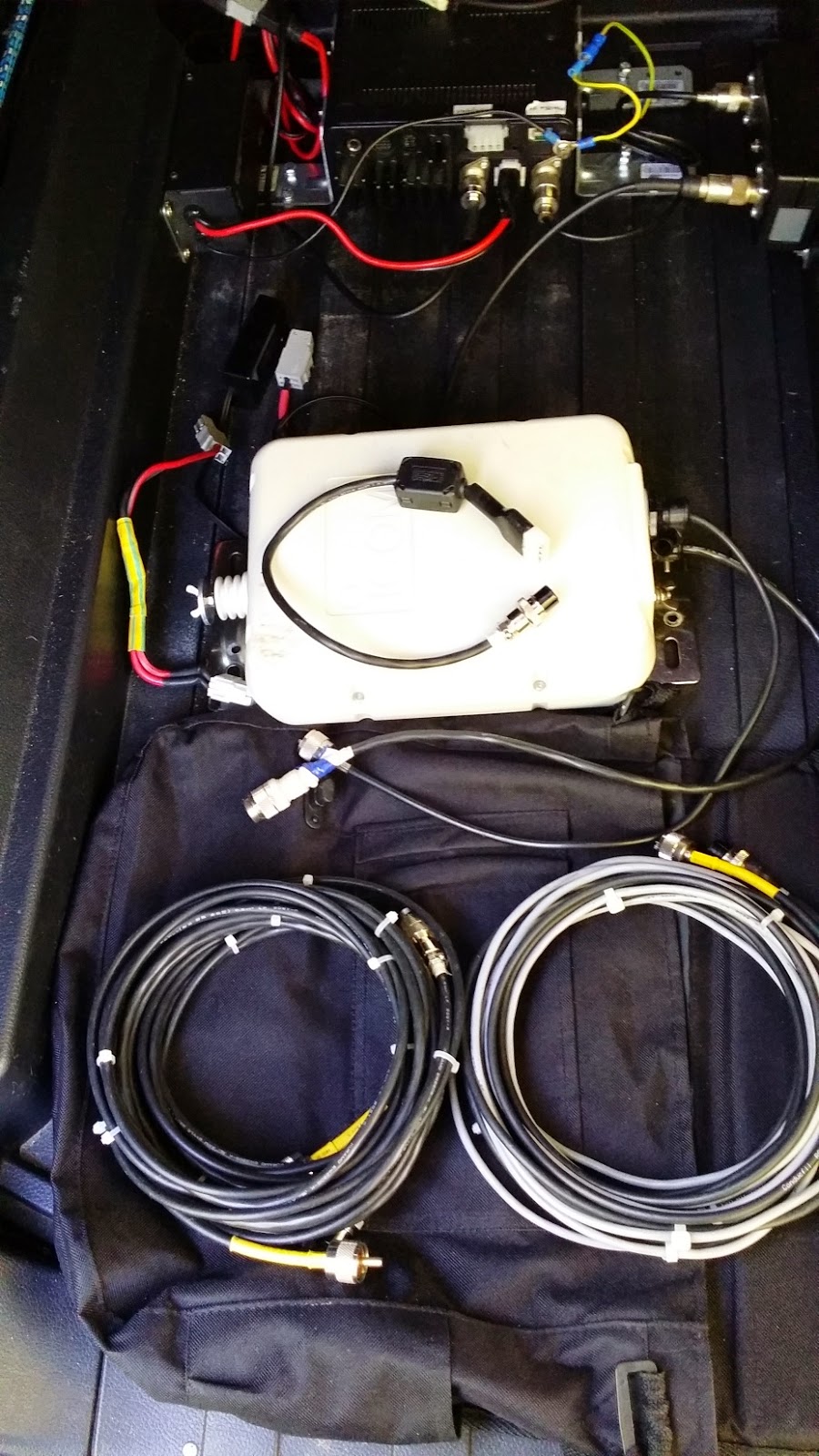 A completion to my HF setup is a AH4 ATU with a collection of wires. I use two lenghts, 8,5 m and 4 m as they are not half-wave, as reccomended by ICOM to use them with AH-4.
The trick here is that I made two lenght of control cable and RF cable (tied together) so I can use 5m or 10m from radio to AH4.
The AH4 can be used for tuning a horizontal antenna (dipole) or a vertical one (erected on a fishpole stick) using 2 equal wires or 4 counterpoises with a vertical radiator. That's why there are 5 cables at the same lenght...


For final, here it is with a strange VHF antenna on the rooftop! 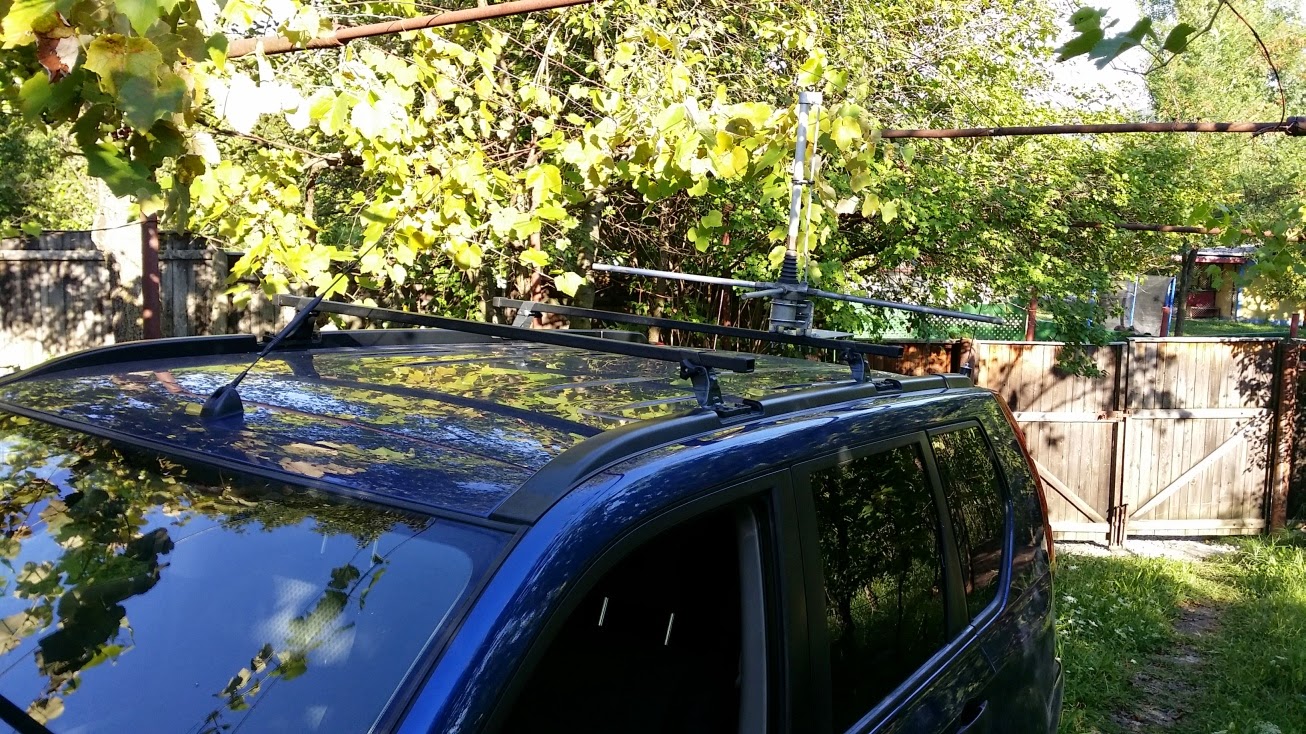