Owners of Xiegu G90 knows the radio can get pretty hot just on receiving.

Looking inside the radio, on the lower board are two linear regulators.

One is a LM2940T which lower the power supply voltage down to 10 9V followed by a LM7805 which power all the logic circuits in the radio. So, there is a significant current through it. 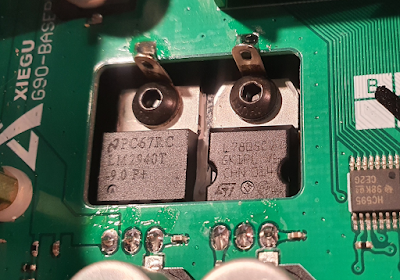 The LM7805 is one of the worst linear regulators ever...

The thermal protection and short circuit are bad jokes. I never saw one to work!

Also they work hot and often need some sort of current limiter before.
Overall, bad choice from Xiegu.

I had some sort of DC/DC converters in my boxes and one of them in particular work pretty well and, BEING A BRAVE HAM, I thought, why not replace that piece of shit with one I already have? 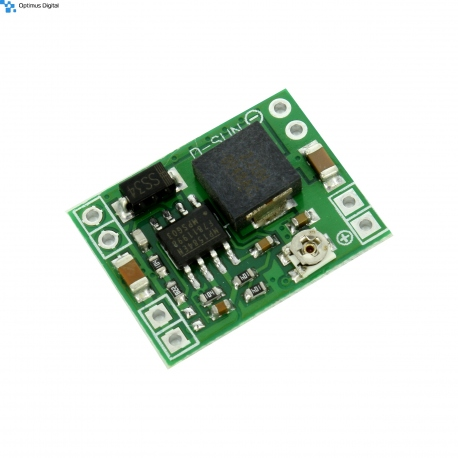 The D-Sun DC/DC Buck converter is based on MP1584, a compact monolithic high frequency SMPS. In my particular case, the switching frequency is 1.5 MHz which can be conveniently filtered. Also, a major advantage is the overshoot protection which is essential when using it to power sensitive circuits.

The board have common negative ground so everything is OK from electrical perspective.

I test the dimensions and the little board almost fit into the slit of the PCB so I removed the LM7805. The removal was more like an extirpation as I removed it without lifting the lower PCB...

I used a little piece of sandpaper to fit the board, and i scratched a little bit the Ground around the SMPS board to add some capacitors.

After soldering the ground and before connecting the positive wires, I set my lab power supply to 10V and set the output of the SMPS precisely to 5V (actually, 5.002V, HI HI).

One concern was the conducted RFI from the converter so I added some capacitors to filter whatever ripple and noise the regulator is making; 150 nF, 1.5 nF and 150 pF on each side of the board.

Under the board I placed a piece of Kapton tape, just to be sure...

The photos are pretty self explanatory about how the things were done. 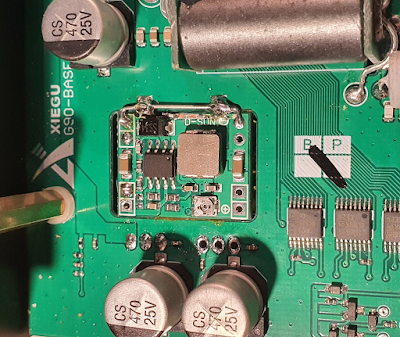 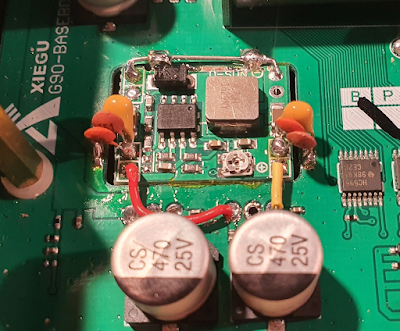 After this mod, the radio is much, much cooler; I will replace the LM2940 too, but I didn't find another SMPS. The other one will be place under this one.

Also, a nice result was that the current in Rx mode dropped from abt 650 mA to 520 mA. Probably will go further down with the LM2940 replaced.

I did a quick check in bands and no noise from the SMPS was found.

I got another SMPS and I got into the radio one more time to change the 2940 too.

So, there are now two SMPS, first one is under the PCB and the second one is above the first. Here are the pictures: 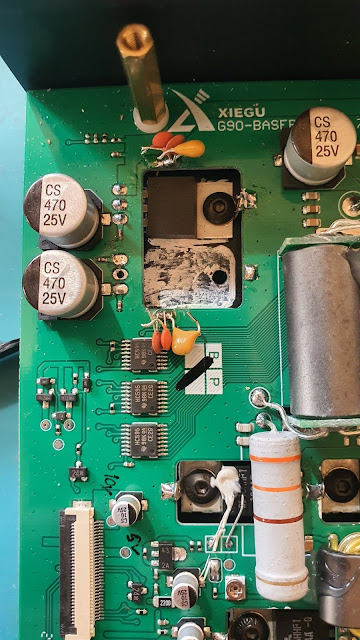 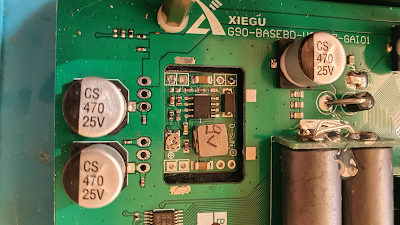 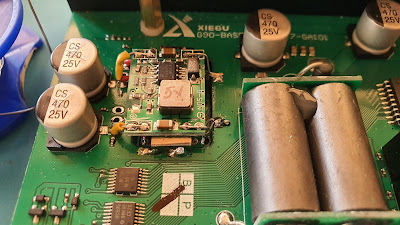 The Rx current present now a significat drop.
With ATU: 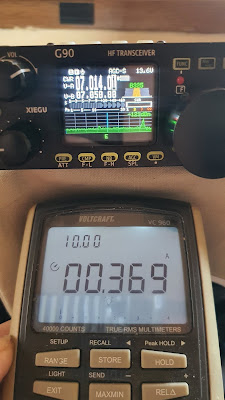 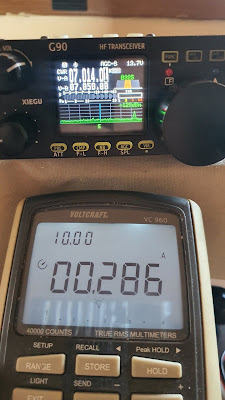 In the update do I remove the capacitors?

Hi, Adrian! Thank you for sharing the idea to change rail voltage regulators. I have changed both of them also, the transceiver is not hot anymore and the power consumption drop almost twice. I'm using the radio for portable operation on battery (LiFePo4 10Ah), so this mod is very important for me. Thanks.