LATER EDIT: You can use the same settings for the Kenwood TH-72 because the TNC chipset is the same. Tested and work OK!

Last days I was confronted with a big problem!
How to establish a APRS local gateway from Internet to Radio with a TM-D710 and UI-View, the well known software from G4IDE!
First time, I started the Kenwood TM-D710 in Packet mode and I made the necessary settings for 9k6 but when it connects to UI-View, the baudrate reverted to 1k2!

The main issue is that this software have more than 7 years of no-upgrade due to the SK of the author and the INIT file for the Kenwood TM-D710 radio is not included within the CMD files.
Therefore I start to look around how the software sent the commands to the radio.
It seems that in the CMD folder within the installation directory is the key.
Inside this folder, there are some files that define the initialisation commands for every TNC listed in UI-View menu and that initialisation occured everytime I tried to setup the communications with the radio.
The solution is here: 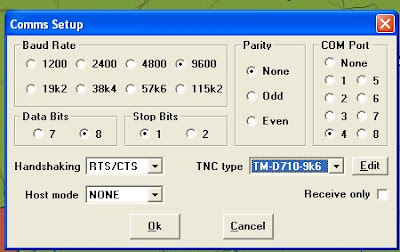 But how we find the TM-D710-9k6 TNC-type?
Very simple!
We search in the CMD folder for a file named "TM-D700.ORG".
Open it with Notepad. You should see something like this:

[INIT_COMMANDS]
^C^C^C
;Control mode on.
TC 1!TS 1
;Select TNC PKT mode on A band.
TN 2,0!TN 2,0
;Waiting for command prompt.
^M!cmd:!5
;Repeating the first two commands is not an error!
ECHO OFF
; Below we can set the beacon in 10*N seconds. 60 means 600 seconds
BEACON EVERY 60
; You can set the beacon text with BTEXT ...
ECHO OFF
; You can set the Digipeating function but have to add some other commands
DIGI OFF
;Below we setup the RF TNC baudrate
;If you want 1k2 baud, simply replace "9600" with "1200"
HBAUD 9600
GPSTEXT $GPRMC
LTMON 5
LTMHEAD ON
LOC E 0
MON ON
MCOM ON
MSTAMP OFF
CONOK OFF
PACLEN 250
UIDIGI OFF
UIFLOOD %
UITRACE %
XFLOW OFF
HEADER OFF
NEWMODE ON
NOMODE OFF

Open UI-View, go to SETUP menu, click on COMMS SETUP and, BINGO, you will have the new TNC option enabled! 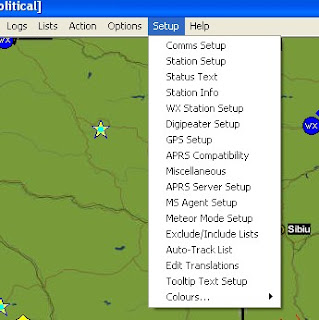 Watch the first picture again, make the same settings and go for 9k6 APRS with the Kenwood TM-D710!
Beware: you have to keep the radio with no menu-enabled TNC! The TNC will "revive" once you hit the "OK" button (first image) and the LCD on the radio will show "PACKET96"!

I was asked by Jack, G4AMF to tell him how to setup the radio for 1200 baud APRS operation.
If you look on the code above, you will see a "commented" line (with ; in the beggining) whic tells you how to do it.
You simply replace
HBAUD 9600 with HBAUD 1200
and, Voila! you got the 1k2 APRS working with TMD 710 as KISS  TNC!
Don't forget to put the radio in TNC mode and not in APRS mode!
The same 73 from Romania!

Another Later edit:
You can find the files on Github: https://github.com/yo3hjv/TM-D710-Ui-View32-TNC-files
Download them, put them into the CMD folder of the programm installation folder, restart UI-View.