Somehow, you end up into an ICOM HF eco-system.

You mod it to be more modular and portable as I did, ready for field use.

Maybe you want to use some other radios on the same antenna system or you want to go portable with a Xiegu G90 and you said to yourself: "I could put that AH-4 to good work but the ATU will not work with anything but ICOM radios".

Well, you may be wrong!

The AH-4 can and should be used with other radios because it is a small gem! But how?

A small independent control box can be used with other radios to tune various antennas, from wires to loop antennas and this is what I done recently.

It is in a crude form, maybe I will make it with the help of a microcontroller or maybe I will leave like it is now because, it is working well!

What do you need?

-One Red and one Green LEDs

-Three resistors between 1.2 KOhm and 2.2 KOhm (these values where tested);

-a small test PCB or any other solution to mechanically fix all together. How this is working?

Power up the box. The Green LED will lit.

Momentary press the button TUNE. The RED LED will lit.

The START line (from radio to ATU) will go down; the ATU will respond with KEY going down for the tuning cycle (request for carrier). Side note: if you didn't press the PTT or the CW Key before pressing TUNE, now it's the moment to do that!

During the tuning cycle, the AH-4 will request from the radio (which is not connected to the control lines) to transmitt a 5 W carrier.

Thus the IC-1 LED will lit and the corresponding transistor will keep START line down as long as the tuner need for the tuning cycle. Keep PTT or CW Key pressed on the transmitter.

When the RED LED is going off, the tuning solution is achieved.

Note: there are situations when the tuner will not find a solution for the antenna; the RED LED will go off and will lit again, the tuner will start a second sequence then will go in bypass mode.

I suggest using a small SWR meter between the radio and the ATU or watching the built in SWR meter to be sure a tuning solution was aquired.

This is my version: 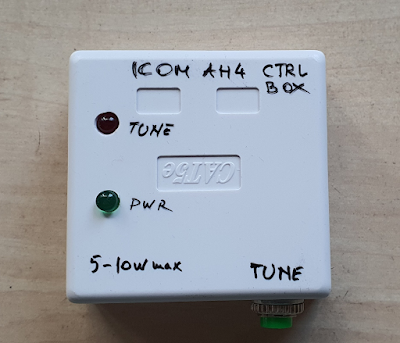 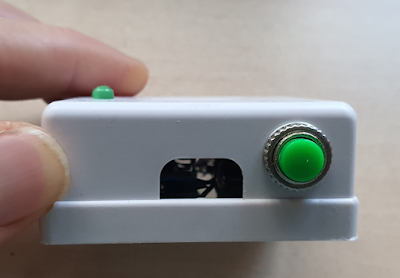 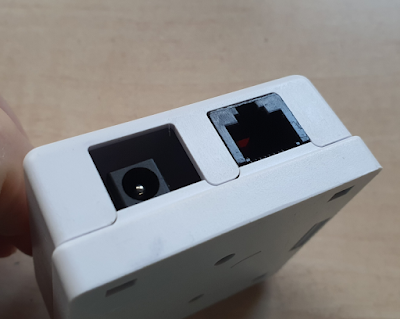 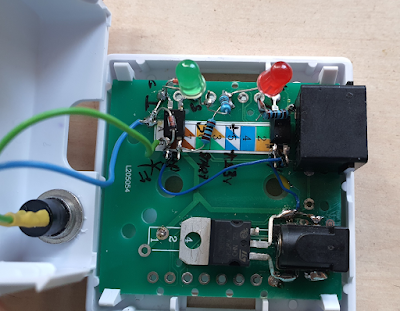 The LDO is not used, it is for "further developments and upgrade"!
Yes, I know, it's ugly! I don't care about at this stage.
It is temporary and it's working.
The next version will be with a nice MCU, WiFi and Bluetooth controll and probably with RF sensing for auto-tuning!
Kidding but why not trying something like that?
Are you a brave ham?
73 de Adrian YO3HJV