The main problem was the programming of my favourites frequencies. I started to grab informations from the internet regarding the software I need and, most important, what cable to use.
The internet is very poor in informations about PG-4W, the programming cable, but there are a lot of vendors (from 12 to 25 EUR/cable) which is quite inacceptable for me... I do know how to make a PC to Radio cable!
So, I prepared myself with a RS232<>TTL adapter (with MAX232), one 2,5mm stereo jack and some lenght of cable, a female DB9 COM port and some patience...
First step was to read carefully the User manual where it states that the radio conect directly to the PC. 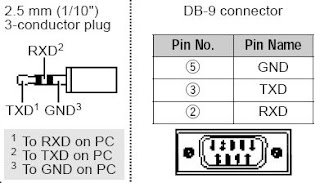 To be sure I was measuring the voltage on the PC conector at the radio.
It was -6V (RS232 zero logic level) which means the radio has a RS232<>TTL level adapter inside. So, indeed, tha radio connect directly to the PC Com port...
I made the connections, but the software returns (over and over...) a communication error (Timeout).
So, I started to search for a reason. Maybe the software expect some signaling on the other ports of the COM...
I realise that, when I push the "Read Radio" command on PC, on the COM port RTS appeared a voltage swing. Hmmmm..... so, the Radio <> PC cable is not so simple...
So I connected the RTS with CTS and DCD with DTR and, BINGO!!!!, all was OK!
So, here is the diagram of the PG-4W programming cable for the Kenwood TH-D7 portable radio... 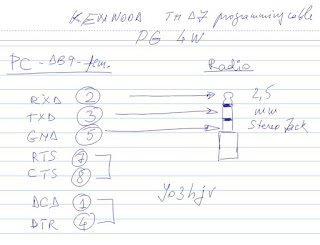 Later Edit: Tom, NV1U sent me the following diagram made on his tablet: 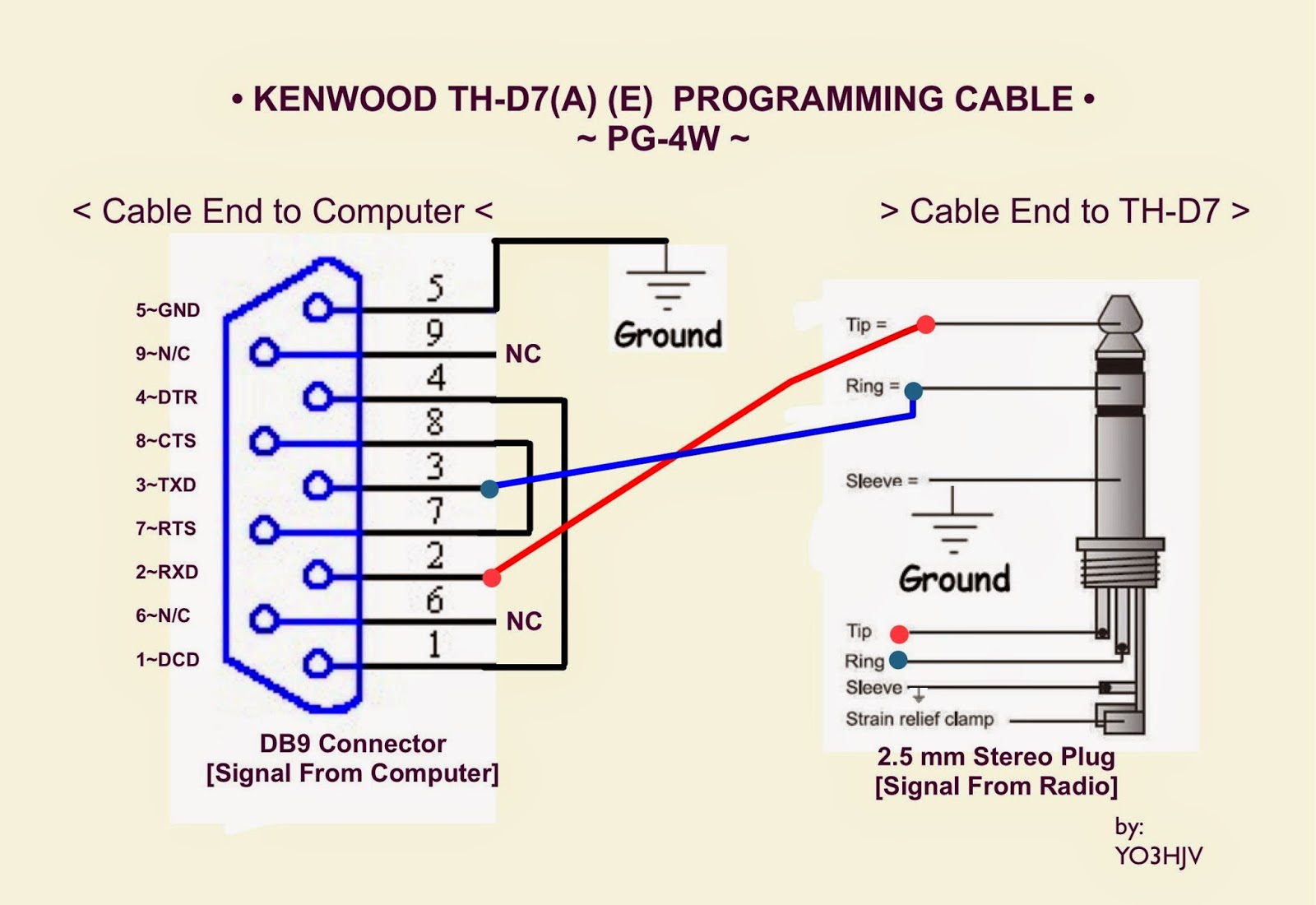